“The great works of music come to us from exceptional human beings who saw and understood the human condition as deeply as any one ever could. This vision is what undergirds and lies within the great works of music and indeed, in all great art. We re-creative artists, musicians in particular, are sitting on an eternal goldmine – a never-ending store of wisdom and ideas to create afresh the world for which we all yearn – a world of peace, joy, discovery, community, health, environmental balance, sustainability and most of all, of love.” ~ George Mathew

Music for Life International manifests our mission to create transformative social impact through music and for music in four distinct sectors of activity:


Music for Life International, Inc. (MFLI) is a New York based social enterprise that was established to create social impact in a variety of sectors through music. MFLI presents musical concerts and related programs to promote the awareness of major international humanitarian crises and other public interest issues around the world. MFLI takes its name from the legendary MUSIC FOR LIFE concert organized by Leonard Bernstein in 1987 at Carnegie Hall. MFLI is a registered 501(c)(3) tax-exempt not-for-profit organization.

George Mathew drew inspiration from the success of Beethoven’s Ninth for South Asia (2006), REQUIEM FOR DARFUR (2007), Mahler for the Children of AIDS (2009), Beethoven for the Indus Valley (2011), and Shostakovich for the Children of Syria (2014). These global humanitarian concerts, presented in Carnegie Hall, have brought together distinguished musicians from over 100 leading international ensembles including the New York Philharmonic, MET Orchestra, Berlin Philharmonic, The Philadelphia Orchestra, Boston Symphony, Minnesota Orchestra, San Francisco Symphony Orchestra, the Emerson, American, String Quartets, and students, graduates and faculty of the Manhattan School of Music, Juilliard School, Curtis Institute and others.

The concerts have received major global coverage in the BBC WORLD TV and Radio, CNN International, the New York Times, Wall Street Journal, Bloomberg News, Radio France, Voice of America, NY1 TV, National Public Radio, the Indian Express, The Hindu, the Pakistan Daily Times, and Musical America. The New York Times called Music For Life International’s most recent humanitarian concert, Shostakovich For the Children of Syria, a performance which “will live in the memory for having been being part of its time as well as part of Shostakovich’s.”

In recent years, MFLI’s activities have expanded beyond New York and Carnegie Hall to include performances in Panama, Jordan, Washington DC and New Delhi, India. SHOSTAKOVICH FOR THE CHILDREN OF SYRIA at Carnegie Hall in January 2014, resulted in a weeklong residency of performances and education workshops at Za’atari Syrian Refugee Camp in Jordan by a distinguished group of artists from the MET Orchestra, Buffalo Philharmonic, New World Symphony, and Jordanian National Symphony.

MFLI’s most recent undertaking is Ubuntu-Shruti, a professional training orchestra in New York City, of young empowered musicians and distinguished mentors creating inspired music and programming dedicated to immigrants, community, and education through music. Ubuntu-Shruti made its first appearances at the 2010 and 2011 New Year's Eve Concerts for Peace at the Cathedral of St. John the Divine. Their next season will include a major orchestral collaboration with Hindustani Music legend Ustad Amjad Ali Khan featuring the US premiere of his Samaagam Concerto for Sarod and Orchestra. Learn more at www.music4lifeinternational.org

Shostakovich for the Children of Syria

Beethoven for the Indus Valley 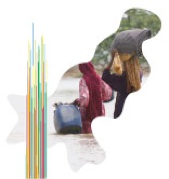 Mahler for the Children of AIDS 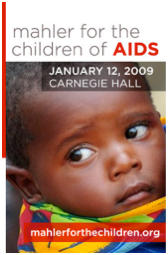 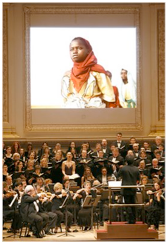